According to the new Working Plan, ecodesign should make a much more significant contribution to the circular economy in the future, for example by more systematically tackling material efficiency issues such as durability and recyclability. Also the possibility to repair, remanufacture or recycle a product and its components and materials depends in large part on the initial design of the product.

Besides the review of existing Regulations, the Commission will be launching dedicated studies for those products that have the largest savings potentials. In this context, the Commission had launched a study to identify any further energy-related product groups that had significant savings potential and had not been included in the transitional period or in the previous working plans. Additionally, from a circular economy perspective, a qualitative assessment of other environmental impacts mentioned in the Ecodesign Directive was made. Product groups in scope of further preparatory studies are:

Given their specificity, a separate track is proposed for ICT products (not included in the product groups above), that will also fully take into account their circular economy potential, which is particularly relevant in the case of mobile/smart phones. The following ICT products might be included in the Ecodesign Working Plan:

Already one year ago, on October 1, 2015, Austria’s Copyright Act Amendment 2015 entered into force. The major amendment was the introduction of copyright levies on digital storage. Five month later, in March 2016, collecting societies and industry associations finally agreed on tariffs for storage media and devices newly in scope ranging from as little as EUR 0.35 for memory cards up to EUR 5.00 for computers. These tariffs are applicable retroactively from October 1, 2015.

However, there are claims for levies on these products for considerably longer retroactive periods. Therefore negotiations had to be continued for the period up to September 30, 2015. It took negotiating partners another 2 months to find an agreement for periods between 2012 and 2015. Although the rates are quite similar (there is no tariff for memory cards, digital picture frames and smart watches), they are applied retroactively for devices sold as of January 1, 2013, January 1, 2012 for mobile phones respectively.

Moreover, Austrian collecting society Austro-Mechana (AUME) has published a list of “compliant” companies. This so called whitelist is in line with paragraph 1.6 of the contract between collecting societies and industry. Contractors on this list have registered, reported and paid copyright levies in time.

For more information regarding the general agreement, the framework contract or the list of compliant companies, please contact us at contact@1cc-consulting.com.

The correct collection and treatment of used EEE becomes an important topic in an increasing number of African countries:

Cameroon, Nigeria, Madagascar and this summer also Ghana, have already enacted WEEE legislations. However, official publication of the Ghanaian Hazardous and Electronic Waste Control and Management Bill, a precondition for its entry into force, is still pending. The Bill implements the Basel Convention and introduces the obligation for producers to register with the Environmental Protection Agency and to pay an eco-levy for EEE placed on the market.

In South Africa, only recently a Legal Notice to the Waste Act was published, informing the public about newly drafted rules requiring the electrical and electronic and the lighting industry to prepare and submit industry waste management plans. This draft also contains the obligations for responsible parties to register with competent authorities.

The EU Parliament has adopted amendments to the proposal of the European Parliament and of the Council setting a framework for energy efficiency labelling and repealing Directive 2010/30/EU. Members of Parliament voted on the proposed rescaling of labels in order to ensure a homogeneous A to G scale, the introduction of a product database as well as stronger market surveillance.

Product Database
The product database shall provide information on energy-related products covered by the Directive both for customers and market surveillance authorities: Customers will be able to access the database via a public interface, organised as a consumer-oriented website. An electronic platform with clearly specified accessibility and security requirements shall be accessible for national market surveillance authorities.

In the Eurasian Economic Union (EEU), the final draft Technical Regulation on the “Restriction of the use of hazardous substances in electrical and electronic equipment” RoHS was published. The EEU is the former Customs Union (CU), an economic union of currently five countries of the former Soviet Union, among them e.g. Russia, Kazakhstan and Belarus.

The forecasted date of entry into force of the EEU Technical Regulation on RoHS is March 1, 2018. The current draft TR on RoHS follows in two relevant parts the EU RoHS Directive 2011/65/EU: It stipulates substance restrictions for Lead (0,1 %), Mercury (0,1 %), Cadmium (0,01 %), Hexavalent Chromium (0,1 %), Polybrominated biphenyls, PBB (0,1 %) and Polybrominated diphenyl ethers PBDE; (0,1 %) and foresees the same thresholds. The four phthalates DEHP, BBP, DBP and DIBP, which are restricted in the EU beginning with July 22, 2019, are not regulated by this Draft TR.

However, there are significant differences regarding product scope, definitions, exemptions from substance restrictions and labelling requirements. In addition, before placing a product in scope on the EEU market, a specific conformity assessment has to be conducted and registration is required. 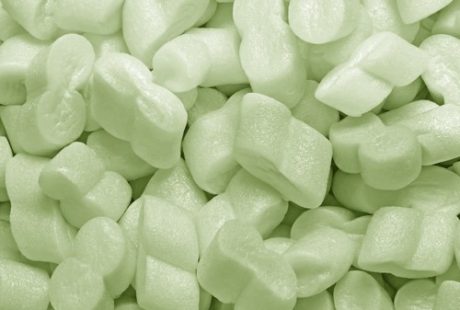 The German Federal Ministry of Environment (BMUB) is currently working on a draft for a new Packaging Law, which will repeal the Packaging Ordinance. Besides some new definitions which are intended to clarify terms of the law and higher collection and recycling targets, the current draft foresees some major changes in how the system for packaging will be administered in future:

The draft contains the set-up of a central authority (similar to the function of stiftung ear, the German WEEE producer register). It will manage the newly demanded registration for packaging in Germany and will be in charge to administer a Declaration of Completeness.
Impact on producer obligations

With the numerous changes proposed, producers will have to face new requirements, such as registration in the public register for packaging with the new central authority and submission of an annual Declaration of Completeness – even producers who do not meet the current annual thresholds for such declaration will have this obligation in future. Furthermore, the pricing structure of recycling fees will change, as the draft foresees fees based on recyclability of packaging.

A final draft of the law is not expected before early 2017.

Webinars related to REACH and Take-Back of Batteries

Both webinars will be offered in English. Please find below further information:

PS: Participation in these 1cc webinars is free. However, the number of participants in each webinar will be limited to 20 attendees.

Looking forward to your participation!