WEEE Regulations in UK – Classification of Dual Use Equipment will Change

Following the new WEEE Regulations in UK, beginning with January 1, 2016, any electrical and electronic equipment which can be used by both households as well as business users (‘dual use’) has to be classified as household equipment (B2C).

For producers whose electrical and electronic equipment is re-classified as B2C this means:

• Producers will have to provide the sales data in accordance with the new classifications beginning with January 1, 2015. This is required in order to calculate the obligations for 2016.

• Since the invoicing for the volumes put on the market in 2015 takes place in 2016, producers might have to face an additional B2C financial obligation up from January 2016.

• Producers need to change registration with the Environment Agency. This has to be done prior to the data submission for the first quarter of 2015.

Today, six new SVHCs have been added to the REACH Candidate List by ECHA; and one existing entry has been updated.

Cadmium fluoride and cadmium sulphate are added to the Candidate List as being “Carcinogenic”, “Mutagenic”, “Toxic for reproduction” and are also identified as being of “Equivalent level of concern based on probable serious effects to human health” (specifically due to the effects on kidney and bone).

Two further substances, DOTE and the reaction mass of DOTE and MOTE are identified as being “Toxic for reproduction”.

The Member State Committee also unanimously agreed that bis(2-ethylhexyl) phthalate (DEHP) meets the criteria for identification as an SVHC under Article 57(f) due to its endocrine disrupting properties causing probable serious effects to the environment. As DEHP is already included in the Candidate List based on its toxic for reproduction properties, this entry will be updated to address the additional reason for inclusion.

Although an official bill amending the Austrian Copyright Act has been presented to the Parliament at the end of November, the design of the current copyright levies system is still unclear: The new bill does not include the awaited updates, i. e. it does not include hard disks and further IT-equipment to be levied. The first draft of the law contained this information.

It may seem as if the plans of a reform of the copyright levies have been abolished, but this is not the case. The collecting societies as well as industry associations inform that the debate is still ongoing. This means, that discussions are likely to resume in a couple of months. The delay of the expected amendments might be caused by the public protests and resistance for this strongly debated topic. There were many campaigns leaded by the electronics industry to stop the plans to update the levy system.

Copyright levy systems are definitely not solely a European matter. Many other countries worldwide have implemented very similar systems which must be adapted from time to time to the technical and social developments. An example for important and recent changes in Northern African countries are Tunisia, Morocco and Algeria:

• Algeria thoroughly revised the scope of levied products, amended the tariffs, changed some methods of calculating the levy, i.e. for Mobile Phones, and finally published the new list in June 2014. The scope of levied products has been substantially expanded, now covering Gaming Consoles, Tablets, Memory Cards and USB keys with larger capacities. In addition, product definitions were changed for devices such as MP3/4 players and TVs.

• Morocco published an amendment to the copyright law in June 2014 which deals specifically with the compensation for private copying. The amendment furthermore defines the responsibilities of local producers and importers of audio and audiovisual equipment. A committee within the Moroccan collecting society has been appointed to issue a list of products that will be levied. This new list is already prepared and is expected to be published within the new Financial Law of the year 2015.

• Tunisia has a remuneration system in place since 2011, with the same functions as the European Copyright Levy systems, however under a different name: Promote Creation. The levies are integrated in the customs system, and the list of levied products is currently under revision.

WEEElogic: Two New Partners on Board

The WEEElogic GmbH, a subsidiary of 1cc and the

French WEEE take-back scheme Ecologic, has acquired two new partners: RAEcycle, one of the two largest take-back and recycling schemes in Italy, and the WEEE Scheme of Veolia UK, one of the leading compliance schemes in the UK and part of the globally acting Veolia Group.

“With RAEcycle and the WEEE Scheme of Veolia UK on board, we are now able to handle all major and several smaller countries across Europe. This is a substantial progress for all of our take-back obligated clients”, said Meike Ruoff, Managing Director of WEEElogic.

For WEEElogic, the acquisition of two new partners is another step in completing its setup and extending its network across Europe. WEEElogic provides simple take-back solution for obligated parties. 1cc is able to add, due to its longstanding experience, consulting and management expertise on waste and further environmental legislations.

The second Webinar of our “Product Regulatory Compliance” series will take place on November 19, 2014, from 1:00 to 2:00 PM (Eastern Standard Time).

As one presenter of a dual-topic session, Otto Zamek from 1cc GmbH will give you a deeper dive into the EU RoHS Directive (Restriction of Hazardous Substances) which has served as a model for numerous, similar EU-like RoHS regulations worldwide. To successfully compete in the global marketplace, a company needs to understand the RoHS requirements for the countries they plan to sell into and how to comply with them.

Link to register: https://www.gensuite.com/events/ (Please copy the link into your browser.)

The Spanish Parliament finally approved several amendments to the Spanish Intellectual Property Law on October 30, 2014. The transitional system of copyright compensation to be paid out of the State Budget is maintained – for the time being.

According to the Government, the new amendments are meant to be a first step towards an overall revision of the current Intellectual Property Law, which will only be implemented in a European context. Apart from some defined exceptions, the current amendments will enter into force on 1 January 2015.

Key aspects of the amendments:
• Revision of the system of private copying with transitional character– State Budget System is maintained; for a revision of the private copying system the EU-Community regulation for harmonization is awaited
• Effective supervision instruments and mechanisms of the management bodies of the intellectual property rights (collecting societies); ensuring greater transparency and efficiency in the operation
• Improvement of the intellectual property protection in the internet (protection against infringements in the digital environment) – Google Tax

External batteries for mobile phone or tablet: Power banks could be in scope of German ElektroG

The power bank itself can be recharged directly by power adapter at a socket or via USB interface of a laptop. At first sight, power banks seem to be a rechargeable batteries. But due to their functionalities and technical specifications they might be classified as electric device and therefore could fall in the scope of the German ElektroG (WEEE Regulations). That means comprehensive requirements for producers and distributors of power banks.

1cc supports producers and distributors of electrical and electronic products such as power banks in clarifying their obligations under the German ElektroG (WEEE Regulations) and BattG (Battery Act). For more information, please contact us at compliance@1cc-consulting.com. 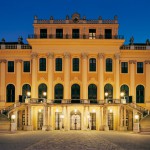 With presentations about topics as the WEEE Recast or energy efficiency requirements of IT-products, 1cc will be present at Care Innvoation 2014 from November 17 to 20, 2014 in Vienna. Care Innovation is a leading conference for recycling and development of eco-efficient electronic products.

1cc CEO Michael Krug will inform about upcoming energy efficiency requirements in Latin American Countries as a challenge for producers of IT equipment. Besides, 1cc consultant Meike Ruoff will give an overview about the status of national implementation of the EU WEEE Recast and its impact on producers and distributors across Europe. Her colleague Johanna Terry will discuss if the complexity of regulations relevant for returns of used or defective products is a barrier to waste hierarchy. And Romain Letenneur of WEEElogic will introduce how a private European initiative enhances simplification and harmonization for producers. 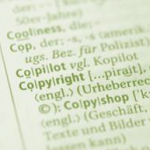 As of October 1, 2014, British users are allowed to make copies of legally owned works for their individual private use. However, it is not allowed to share the copy within a familiar circle. This new private copying exception has been approved by the British Parliament in July 2014 as an amendment to the British Copyright Act which was under revision for years.

It is assumed by the Legislator that this new right for private copying will not cause any major harm to the right holders (authors and artists of copyrighted works) by spreading the copies in a private sphere, which cannot be supervised by any authority. A compensation system with levies on CE-blank media or equipment and reprography devices, which is common practice in 22 out of the 28 European Member States, is therefore not foreseen by the British legislator. Thus, the decision of UK remains highly debatable, especially for the authors associations. Further discussions on this issue might be inevitable in the future.