Many companies will soon be confronted with two major changes in the RoHS Directive 2011/65/EU. By July 22, 2019, Annex II of the directive will be broadened to ten substances. The following four phthalates will be added to the list of restricted substances and their use will be restricted to a maximum concentration of 0,1% in homogeneous material: .

This change was implemented by Directive (EU) 2015/863 on June 4, 2015. The amendment, which is often referred to as “RoHS III”, will affect all electrical and electronic equipment. The compliance deadline is set for July 21, 2021 for medical devices and (industrial) monitoring and control instruments, only.

In addition, the so-called open scope will apply as of 22 July 2019. This implies that all electrical and electronic equipment will be covered by the directive’s scope (exclusions remain unchanged).

We would be happy to answer your queries regarding compliance to the RoHS Directive. Please contact us at contact@1cc-consulting.com

The first batch of electrical and electronic product types which must comply with China RoHS II Regulations, was published by the Ministry of Industry and Information Technology (MIT) on March 15, 2018 (Announcement No. 15 of 2018).

Importers and manufacturers of the listed products now have a one-year timeline to ensure compliance with the China RoHS II-requirements. From March 12, 2019 on, the 12 product types are subject to substance restrictions, labelling and information requirements, and the rules shall apply to products sold and manufactured in China and to imports to the Chinese market.

Compared to EU RoHS, the product scope is rather limited and contains 39 exemptions. However, concerning concentration limits of substances in products, manufacturers and importers of finished products will be required to implement a conformity assessment system – detailed requirements on this system are expected to be published by the state within the near future. In addition, suppliers of parts and components are affected by the regulation, as requests for information on substances are expected to be forwarded upstream from manufacturers and importers to the suppliers.

1cc will monitor the changes and requirements closely.

Eurasian Economic Union RoHS will come into force on March 1, 2018: Are you compliant with its requirements? 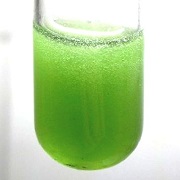 The Technical Regulation of Eurasian Economic Union (former Customs Union) TR EEU 037/2016 „On restriction of use of hazardous substances in electric and radio-electronic equipment“ will enter into force on March 1, 2018: Its substance restrictions apply to Lead, Mercury, Cadmium, Hexavalent Chromium, Polybrominated biphenyls (PBB) and Polybrominated diphenyl ethers (PBDE) with identical thresholds as in the EU. The product scope and the list of exceptions are very similar but not identical with EU RoHS requirements.

The most important differences, however, can be stated on the level of personal scope, of conformity assessment and of marking and labelling. Before a product can be placed on EEU market, it has to undergo a specific conformity assessment procedure including registration and receive a EEU conformity mark. This procedure can be initiated by producer, importer or their authorized representative subject to special requirements.

You need further assistance regarding compliance with EEU TR on RoHS? Please contact us at contact@1cc-consulting.com

The transition period for Industrial Monitoring and Control Instruments will end: Beginning with July 22, 2017, Industrial Monitoring and Control Instruments will fall in the scope of EU Directive 2011/65/EU, and will have to fulfil the substance restrictions for lead, mercury, hexavalent chromium, polybrominated biphenyls (PBB), polybrominated diphenyl ethers (PBDE) and cadmium. Further requirements relate to the assessment and declaration of conformity, CE marking and documentation obligations.

The United Arab Emirates (UAE) have recently enacted a legislation for the “Restriction of Hazardous Substances” (RoHS) in electrical and electronic equipment (EEE): Cabinet Decision No. 10/2017 was published in the Official Gazette on April 27, 2017, and came into force on the following day. The Emirates Authority for Standardization & Metrology (ESMA) is the national regulatory authority.

The law is analogous to the EU RoHS Directive 2011/65/EU – it stipulates for example the same product scope, the same substance restrictions, including the four phthalates, and identical thresholds.

• Differences in transition periods
• Conformity assessment procedure which requires e. g. certification at ESMA
• Products already placed on the market have to comply with the requirements after the transition period

In the Eurasian Economic Union (EEU), the final draft Technical Regulation on the “Restriction of the use of hazardous substances in electrical and electronic equipment” RoHS was published. The EEU is the former Customs Union (CU), an economic union of currently five countries of the former Soviet Union, among them e.g. Russia, Kazakhstan and Belarus.

The forecasted date of entry into force of the EEU Technical Regulation on RoHS is March 1, 2018. The current draft TR on RoHS follows in two relevant parts the EU RoHS Directive 2011/65/EU: It stipulates substance restrictions for Lead (0,1 %), Mercury (0,1 %), Cadmium (0,01 %), Hexavalent Chromium (0,1 %), Polybrominated biphenyls, PBB (0,1 %) and Polybrominated diphenyl ethers PBDE; (0,1 %) and foresees the same thresholds. The four phthalates DEHP, BBP, DBP and DIBP, which are restricted in the EU beginning with July 22, 2019, are not regulated by this Draft TR.

However, there are significant differences regarding product scope, definitions, exemptions from substance restrictions and labelling requirements. In addition, before placing a product in scope on the EEU market, a specific conformity assessment has to be conducted and registration is required.

On June 1, 2016, Singapore has published an Order amending the Second Schedule of the Environmental Protection and Management Act.
Coming into force one year later, on June 1, 2017, certain so called „controlled EEE (Electrical and electronic equipment)“ has to comply with the well-known RoHS substance restrictions in homogeneous material by weight:

Restrictions apply for manufacture, import, sale or offer for sale but are not applicable for second hand-products.

On May 20, 2014, eight new RoHS exemptions with respect to lead and mercury have been published as Delegated Directives in the Official Journal of the European Union. The exemptions allow a higher threshold of substances restricted in Annex II of the Directive for specific uses in electrical and electronic equipment.

Within the new RoHS Directive, exemptions that have no specific date of expiration expire after five years (general application) or seven years (medical devices and monitoring and control instruments) if no extension is applied for.