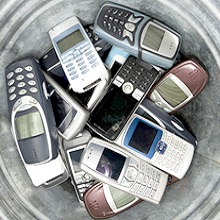 The European Commission is now referring Germany to the EU Court of Justice: Up to date, Germany has not transposed EU Directive 2012/19/EU on waste electrical and electronic equipment (WEEE Recast) into national law, although the deadline for implementation has expired on February 14, 2014.

Due to this failure, the EU Commission is asking the Court, on the basis of the procedure set out in Article 260(3) TFEU, to impose a penalty payment on Germany in the amount of EUR 210 078 per day until the new legislation is enacted.

In Germany, the WEEE Recast is transposed by the German ElektroG2. A respective draft legislation has been published and will be discussed in an official hearing by experts on July 17, 2015. Because of the pending financial sanctions, the legislation process could be pushed. So far, the new ElektroG2 was expected to enter into force only at the end of this year.