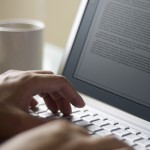 After years of negotiations and disputes, there are now Copyright Levies for PC in Germany. The rates are between 3,20 Euro and up to 13,20 Euro per unit, depending on the devices’ features, the use and the contractual situation of the vendor. Right now it may be most important to know, that these levies apply with retroactive effect as of 1 January 2011. In order to realize a 20% discount on the rates for the precedent years 2011-2013, each vendor is only allowed to sign the general agreement for the industry until 31 March 2014. For the future sales, so future reporting and billing periods, it is of course possible to contract at any time.

The new tariffs shall apply until at least 2016 with the following rates:

Thus, the long dispute between industry and the German collecting society ZPÜ (Zentralstelle für private Überspielungsrechte) has made one step forward. At the same time it has to be underlined that this applies only to the period as of 2011, according to the revised (new) German Copyright Law. Claims, verdicts and proposals prior to 2007 as well as in the so-called transition period from 2008 until 2010 are not directly affected by this new agreement. For the period before 2011, there are still negotiations whether or not PCs are taxable at all, there are different industry positions (with separate agreements), diverse tariff proposals, discounts and arbitral verdicts.

1cc is always ready to support you with all necessary information and services.