Too much revenue from copyright levies in Spain? 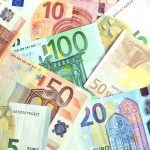 Since 1 August 2017 Spain’s new copyright levies system is in force. The new tariffs stated in the Royal Decree-Law 12/2017 as well as the product scope subject to copyright levies are transitory; because there are doubts about the adequacy of the levy amounts.

According to the tariffs published, the new copyright system in Spain will collect between six and 10 times more than necessary – market researchers say. Copyright levies are aimed at compensating rightholders for the licence revenues they lose due to permitted private copying.

Market studies ordered by the Ministry of Education, Culture and Sport to determine the appropriate amount for compensation for the years 2012 to 2015, carried out by independent auditors such as Mazars, KPMG and PWC, reveal a total of 51,729,168 euros during those four years. That means that the damage caused by private copying for music, audiovisual works and books, has an average of less than 13,000,000 euros per year.
On the other hand, estimated sales of devices subject to a compensation reflect that the amount that will be collected annually with the new digital copyright levy is over 72 million euros. In other words, the new copyright system in Spain will collect between six and 10 times more than the damage actually caused by private copying today.
If the market researchers’ assumptions are correct, companies should already be preparing, for example by setting up accruals. 1cc will be happy to advise.